At the end of December, I dropped a bomb post stating I was certifiably insane. Yup, I started another bathroom renovation, but it was necessary. That basement bathroom was so dingy and yuck; there was no excuse not to update it. As long as we’re getting dusty and Gerry and his crew were at the house anyway, why not knock it all out, right? Bring out the sledgehammer guys! Let’s get to work! 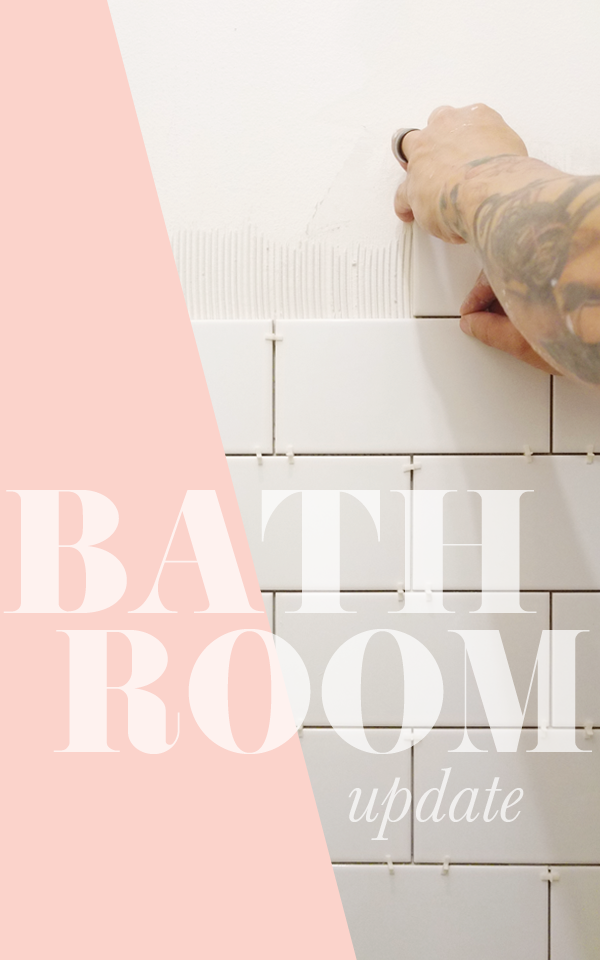 If you thought Potty Paradise was small, well, the basement bathroom might have an even smaller footprint. It didn’t take a lot to demolish this room. Case in point.  Toilet. Gone. Sink. Gone. Vanity. Gone. Towel bar. Gone. Boom. 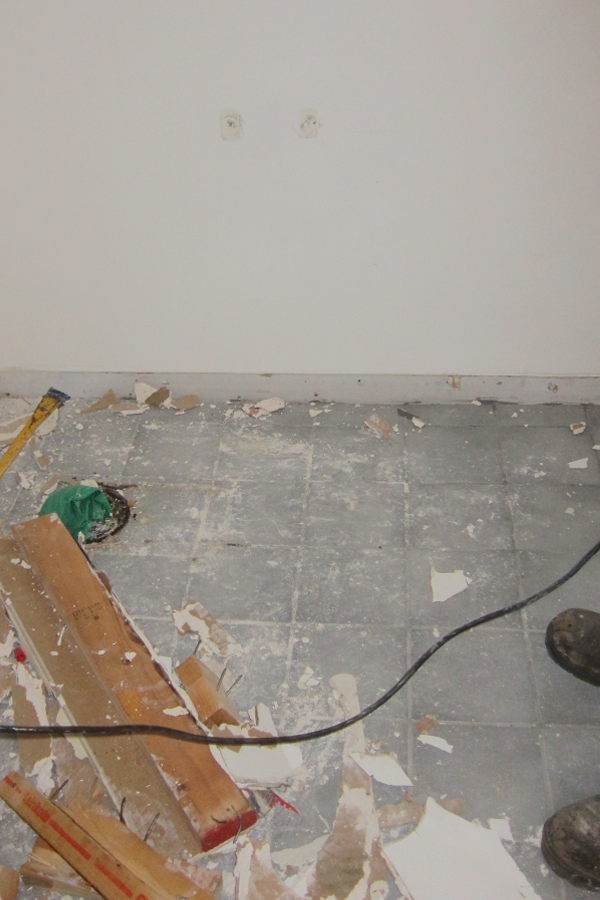 I told The Boy I wanted to remove a soffit to hang pretty brass pendant lighting. He said there was no way, but I pressed on and poked the bear. In these types of situations, when I really want something, I’m like a dog with a bone. Finally, he gave in and said, “do what you want…ask Gerry.” Guess what Gerry said…let’s hammer into it and take a peek at what’s up there. Who knows, it might just be decorative? Ya buddy! Guess what…IT WAS DECORATIVE! Peace out 80’s soffit. Bring on the pretty lighting!

As mentioned in the last basement bathroom update post, this space wouldn’t have the glam shazam look of Potty Paradise. This design would be more of a modern take on a classic look. But that doesn’t mean the design can’t smash it. Once again, I looked to white subway tile to accent the walls and their black penny rounds on the floor. How much more classic can you get than that, am I right? 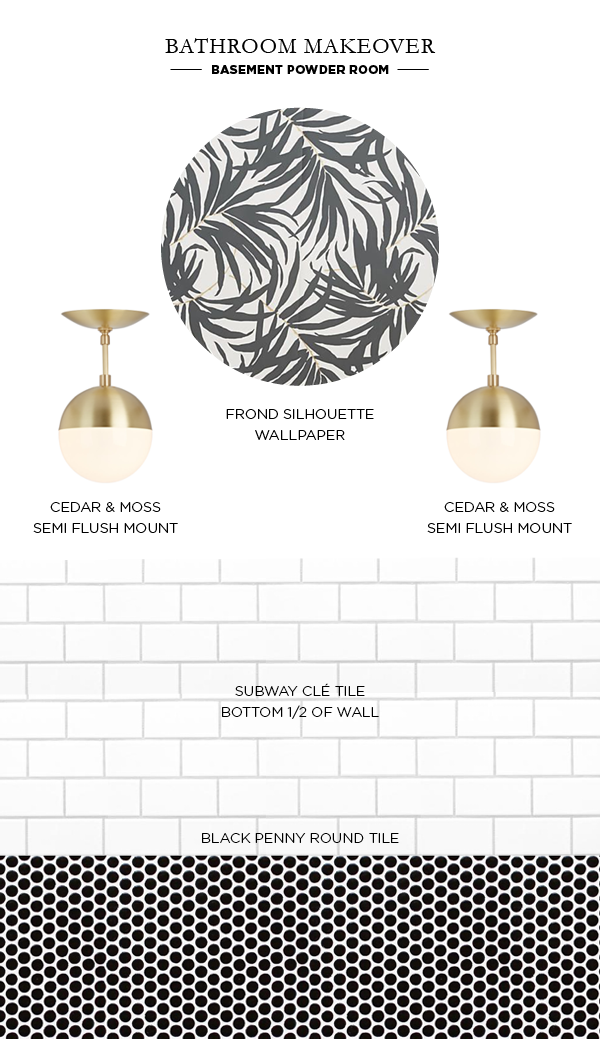 Before the penny tiles install could happen, the floor needed to be leveled which proved to be a pain in the arse, but Gerry knew if it wasn’t perfectly level, those penny rounds wouldn’t lay right. I love that I found a contractor who pays attention to every detail. I also love him for being so understanding when I say things like, “Hey Gerry, your boots look awesome on that tile! Don’t move a move, I gotta grab my phone!”

How yummy is this tile??? Clé Tile’s website suggested using a neutral gray grout, and ultimately we went with that. Though I was tempted to be really edgy and use black grout, I wasn’t sure how Instagrammable black on black would be. Ummm, ya, Instagramming my shoes were really a grout decision factor. I’m such an Insta dork. After Pinterest searching black grout on the black tile for hours, I played it safe.

Once the penny rounds set, it was onto the walls. I probably mentioned this before, but I have a young boy whose aim isn’t always awesome. White subway from Clé Tile to the wall rescue. Behold Gerry, tile layer extraordinaire. Look at that precision!

We finished the tile off with the same brass edging we used in Potty Paradise, and I’m becoming quite obsessed with it. Like I kinda wanna edge everything in brass. Can we all take a pause and oooh and ahhhh over this scene just for a minute?

Next up is the wallpaper install. The dude who installed this paper was as nervous as a cat in a bathtub when I said I was a blogger and was about to take pictures of the process.

After a couple of panels went up, he got comfy with the camera and figured out I was focusing more on the wallpaper anyway. Speaking of wallpaper………ERMERGERD!!!!!

The palm fronds have brass stems, and that really picks up the brass edging (it’s also removable, so if you’re a renter…this whole wallpaper adventure is actually possible). Potty Paradise just got some competition for the prettiest potty in the nation. And how about that brass pendant lighting? BTDubs, that lighting is presently on sale (and in this photo, it’s missing the bottom half of the globe).

My son has yet to name this bathroom, so far he’s only deemed The Boy’s band Spark Diaper… which consists of him and his hunting buddy Tony. (They’re big in the Netherlands. LOL.) If you have a name for the basement bathroom, I’m all ears! Bring it on.

Before I wrap up, I need some help finding the perfect mirror. I have an antique wooden ladder I’m thinking of using for holding turkish hand towels in the space. What do you think…a wood mirror? Black mirror? Brass mirror? Its home will be over a simple white pedestal sink. I would love to hear your opinions because I honestly haven’t a clue. Whatever it is, it’s got to be small. Like no bigger than 17″ wide. Eeeep. That’s teeny tiny. Comment below with your suggestions.

The Boy Flooded The Basement

Playing With The Basement Design

The Broken Basement And The Plan To Fix It